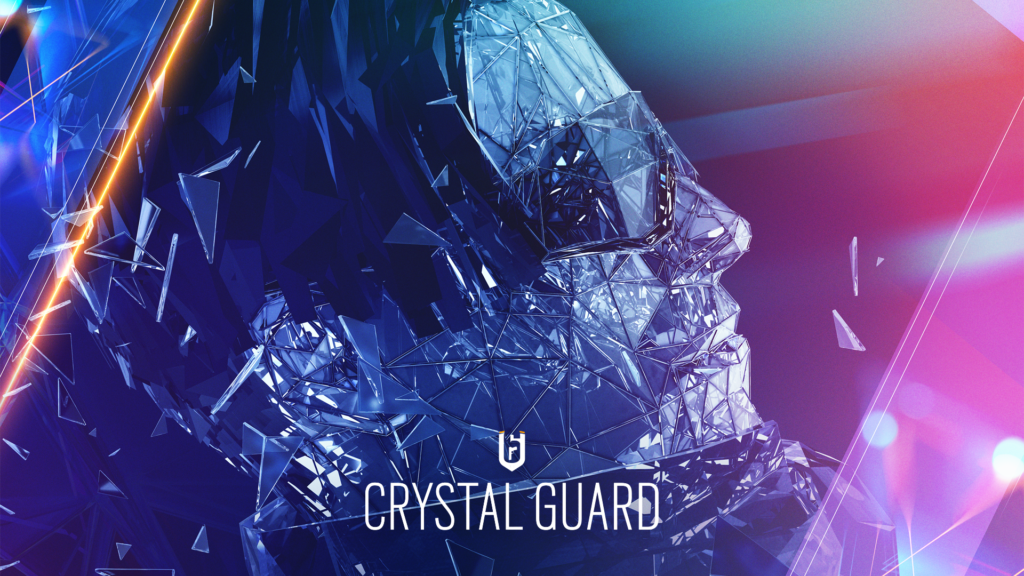 Operation Crystal Guard is the next operation to make its appearance on Rainbow Six Siege. Croatia is in the spotlight with Engineering Specialist Osa, the new attacker joining Team Rainbow. Thanks a lot to Ubisoft for allowing us to preview this new content once again.

Osa, straight from Croatia, reinforces the ranks of the attack side. Particularly creative and passionate about technology, she quickly specialized in robotic engineering. Her excellent engineering skills caught Kali’s attention and made her join the Nighthaven unit. Her creativity and taste for aesthetics led her to create Aruni’s prostheses, Kali’s Masterframe uniform and Ace’s Sappers, not to mention the design of Wamai’s Mag-NET system.

When it comes to her gear, you will be familiar with Osa’s weapons as you can choose between Thermite’s rifle and Jackal’s rifle. But what interests us is of course her gadget. Osa developed a transparent defensive shield named Talon-8 Clear Shield. Are you a fan of Mira in defense? Osa’s shield is bulletproof, and its composition makes it light to move and quick to deploy. This can be deployed on the ground or on a window or a door. You can also move around with the shield, it will protect your head but your legs will remain vulnerable to bullets, you cannot sprint with the shield deployed, melee or shoot.

Holding a secured line is now possible for attackers with this shield. And if you want to get rid of the Talon-8, all you have to do is destroy it by shooting its gas cylinder.

This season, the developers have reworked three iconic maps, Bank, Club House and Coastline, in particular to improve outdoor traffic and correct some elements of the decor that could be problematic.

Here is a video showing you in more detail the improvements made to these three maps.

How surprised we were when we found out that Sledge was losing his SMG-11 during our play session. SMG fans, however don’t worry, Mute and Smoke are keeping it.

Our national Emmanuelle Pichon dreamed of it, we too, her electrocution drone will now be able to jump! On the other hand, you will no longer pilot this drone in the preparation phase but a standard drone like the other attackers.

Welcome to IQ 2.0! The German attacker benefits from the new ping system implemented a few months ago by using her gadget. IQ’s Electronics Detector is now equipped with the Ping System 2.0, allowing her to identify and ping electronic devices through walls, including those held by operators like the counter diffuser and Vigil’s ERC-7.

Russia is at the top in Rainbow Six Siege! After the double improvement brought to Tachanka on his Shumika launcher, Fuze will now be able to use his charges on reinforced walls, without forgetting the hatches of course! However, the explosion time will be extended unlike an unreinforced wall. You will not be able to use your charges on electrified walls.

The area of effect for Mute’s Signal Disruptor is now spherical instead of cylindrical, and the device lights up when active.

Do you have elite outfits in your inventory? You will now be able to mix the outfits of your agents as you wish. Who has not dreamed of seeing the victory animation of Tachanka dressed as a unicorn? Admit it, you smiled!

Lion is the new agent to be given an elite outfit. Not just any, since this is a Resident Evil outfit. Zofia will be delighted to find another S.T.A.R.S. colleague! The Elite Lion Outfit will be available on August 17th.

To improve visual comfort and avoid disloyal camouflage for some players depending on the uniforms used, a rim light will now be added around opponents. This feature will be enabled by default and can be disabled for those who wish.

The blindness from flash grenades, Ying’s candelas, or against Blitz’s shield was not precise enough. In this new season, an algorithm will calculate the duration of the flash. It takes the environment and angle of the explosion into account as well as player’s distance and orientation. This increases the reliability of the flash effect.

The team detected a trend where Ranked players who reach Platinum don’t play as much to reach Diamond. For this reason, Platinum now has smaller gaps between skill ranks, and more skill ranks have been added to Diamond, so high level players can climb skill ranks faster and have a greater sense of progression.

This is not Ranked 2.0 – that feature will require more changes and will come at a later date.

This Operation Crystal Guard brings something new to this map pool. Favela was already added in the middle of the last North Star season and it won’t be alone! Bank, Club House and Coastline reworks will be on hand. A breath of fresh air is blowing over this ranked season.

Operation Crystal Guard is all about technology, Osa brings a defensive bonus with his sizable Talon-8 transparent shield for attackers that will shake more than one defender.

The new Operation Crystal Guard is to be tested on the TTS from August 17, 2021.