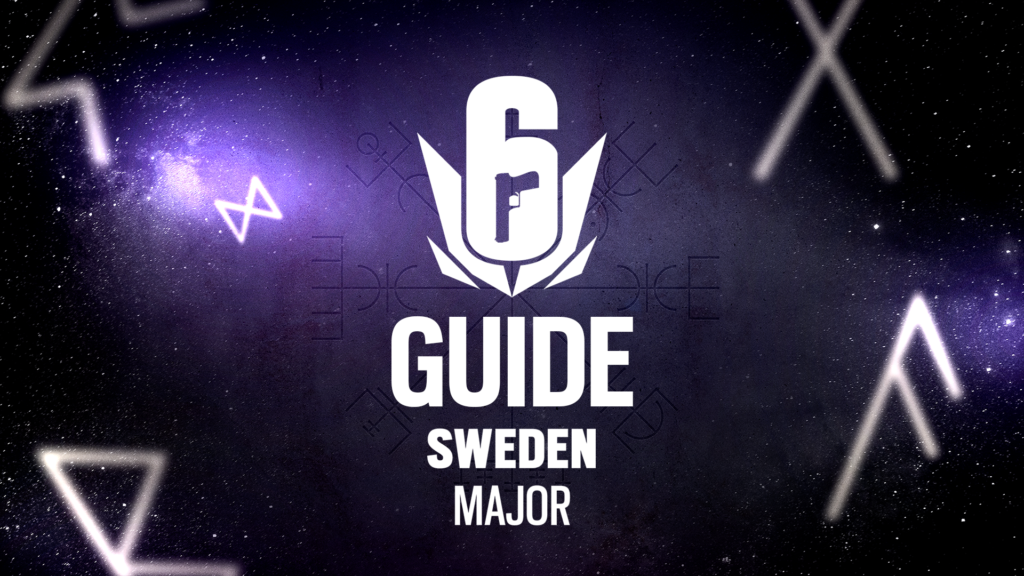 Find all the information about the Six Sweden Major in our guide below!

After the return of the Six Invitational and Mexico Major as a LAN event, the Sweden Major will also take place as a LAN event for teams only with the public still not being allowed at the event site.
Between November 8 and 14, 16 teams from 4 regions (NA, APAC, LATAM and EU) will compete for the ultimate title of Sweden Major champion.

The competition will start with a group stage. Each group is made up of 4 teams. The teams will face each other twice, the matches will be played in BO1.
The playoffs revolve around a single elimination bracket. Each match is played in BO3, except the Grand Final which will be played in a BO5 with no map advantage.

The total prize pool for the Six Sweden Major is $ 500,000 USD. This competition is also the last possibility for participating teams to earn points to qualify for the Six Invitational 2022.

The more you watch the Major, the more Drops you earn!
You all now know the principle of Twitch Drops, new rewards are offered to you for this Major. You can earn up to 4 drops during the competition (one pack every 4 hours of viewing).

Register at https://drops-register.ubi.com/ and link your Twitch account to your Ubisoft account. Nothing more ! Go to one of the official Rainbow Six channels on Twitch, and enjoy!
To know if the drops are activated when you watch a stream, take a look under the title of the stream, there must be written in green “Bonuses activated”.

All drops will need to be claimed manually. You can track all the Drops progression on the Inventory page https://www.twitch.tv/drops/inventory. When the Drops condition is reached, you will need to click on the “Claim” button in the Inventory page to claim the reward and continue the progression towards the next reward. Please note that the “Claim” button will be available only 24 hours after the end of the campaign (the final playday of the Major). The delivery of claimed items will usually be done 48 hours after the end of the Major.

Also visit the esports section of the Rainbow Six Siege in-game store between November 8 and 14 to get a free alpha pack!