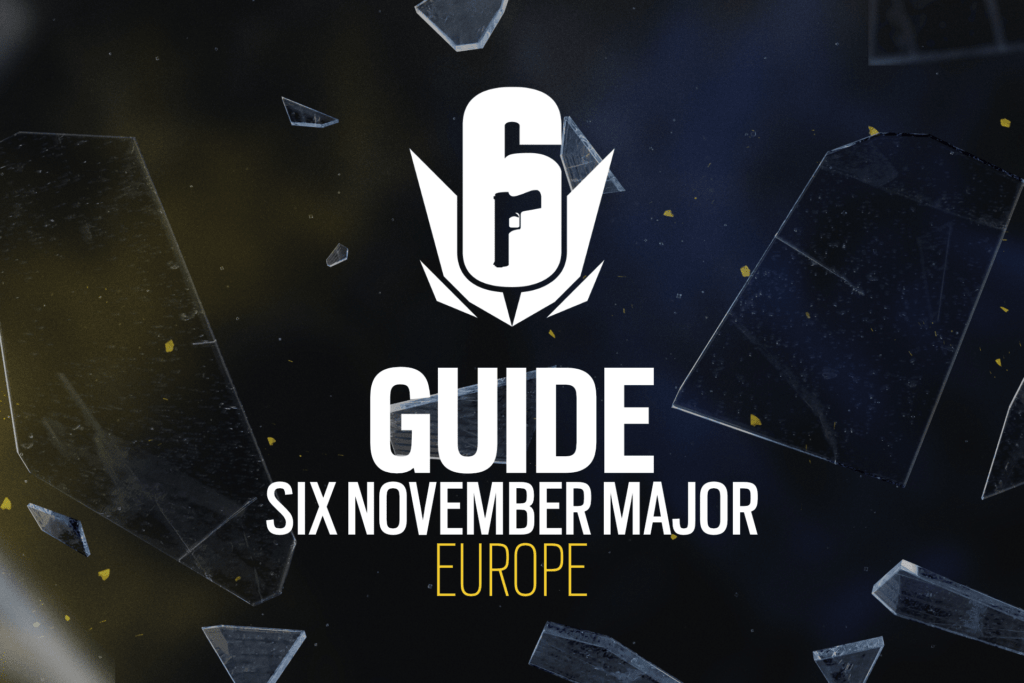 Find all the information about Six Major November Europe in our guide below!

Due to the health crisis, the different majors are taking place by region and online. The Six Major was initially to be held in the Netherlands.
In Europe, the first 4 teams of Stage 2 have been qualified to participate in the Six Major November from November 6 to 8, 2020 in order to win the European title and collect as many points as possible to qualify for the Six Invitational.

The total cash prize of Six Major Europe is $ 125,000, distributed as follows:

Scok and Furious will be on hand to cast the competition on Rainbow Six Twitch and YouTube channels!

The more you watch the Major, the more pendants you earn!
As previously announced, the Six Major was to be held in the Netherlands, which is why the charms are shaped like a flower (Netherlands = land of flowers!).

Drops started on October 30 with Six Major LATAM and end at the end of Six Major APAC. They will be delivered the day after watching the stream. Make sure your Uplay and Twitch accounts are linked to be able to benefit from them!

The 6 charms can be equipped on all your weapons.

Register at https://drops-register.ubi.com/ and link your Twitch account to your Ubisoft account. Nothing more ! Go to one of the official Rainbow Six channels on Twitch, and enjoy!
To know if the drops are activated when you watch a stream, take a look under the title of the stream, there must be written in green “Drops activated”.

Follow us on @ESIX_FR and @ESIX_EN to follow the progress of the competition! Good luck to all participating teams!